Copenhagen, literally "port of the merchants", is the capital of Denmark and one of the country's most densely populated cities. Originally a city mainly inhabited by fishermen, it became a fundamentally important port for trade.
Copenhagen is a year-round tourist destination and in summer the flow of tourists increases considerably thanks to Northern Europe cruises.

It is very common to add a stay in the city before a cruise, to take in its distinguishing relaxing atmosphere and see what it has to offer. Among its famous attractions you cannot miss the statue of the Mermaid which is located right at the entrance to the port and the Tivoli Gardens, one of the world's largest amusement parks, opened in 1843 and loved by everyone. 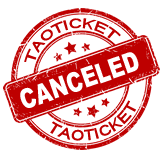 Copenhagen (København in Danish and 'Copenaga' in Italian [no source]) is the capital and the most populous city of Denmark with 518,574 inhabitants in the municipality (1,167,569 in the urban area). The city stretches across the islands of Sjælland and Amager and is separated from the city of Malmö in Sweden by the strait of Øresund.